A Texas federal jury recently awarded a $502 million verdict to five plaintiffs in a trial against Johnson & Johnson.  The lawsuits arose from DePuy Pinnacle metal-on-metal hip replacement devices (known as the “DePuy hip cases” or “hip replacement” lawsuits) used in surgery.  The jury awarded $142 million in compensatory damages and $360 million in punitive damages, finding that Johnson & Johnson (or “J&J”) intentionally sold products they knew were harmful to the public. The case was heard in the US District Court for the Northern District of Texas, Dallas Division. DePuy, a division of Johnson & Johnson, manufactured the devices, while Johnson & Johnson marketed, sold, and distributed them. W. Mark Lanier, founder of the stellar Lanier Law Firm, secured the verdict.
The lawsuits of the five plaintiffs asserted that the DuPuy hip implants were defective, caused terrible injuries to patients, and often, led to revision surgery.  They represent just five of more than 8,000 lawsuits across the country pending in the DuPuy multidistrict litigation (MDL). Success in this trial may lead to settlements down the road for other plaintiffs in the other MDL hip replacement lawsuits (the Texas MDL can be found at DePuy Orthopaedics Inc. Pinnacle Hip Implant Product Liability Litigation, MDL No. 2244).

Bribes Of And Misconduct By Doctors Alleged

Plaintiffs in the case alleged that Johnson & Johnson bribed orthopedic surgeons to recommend and use DePuy hip replacement products, bribes they contend involved hundreds of millions of dollars given to the doctors. Plaintiffs also contended that physicians lied in clinical testing of the hip implant devices and forged patient consent forms, which contained lies about the results the patients experienced. 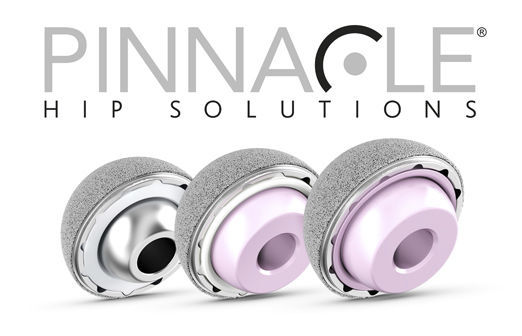 The DePuy Pinnacle implant design that is the subject of the recent verdict predates the Articular Surface Replacement (ASR) design of Johnson & Johnson’s metal-on-hip device, which led to a settlement of $4 billion in 2013 with patients affected and harmed by the devices. In addition, in Australia, more than 1700 Australian DePuy plaintiffs recently reached a record $250 million (in Australian dollars) class action settlement over DePuy hip implants in Australia. Many Australians received hip replacement surgery only to have toxic metals leak into their bloodstream with the DePuy metal implants degraded. These recent successes are important developments for anyone who received a DePuy hip implant, and represent a significant step in products liability litigation and protection of the public.This is a story LawCash and the rest of the world is watching closely as it unfolds.