In Ohio, a Columbus jury in Federal District Court found DuPont Co. and its spin-off company Chemours liable for $1.6 million in damages to plaintiff Carla Marie Bartlett, who contracted kidney cancer.  The plaintiff alleged that her cancer resulted from exposure to C8, a toxic ingredient in DuPont’s Teflon product which made its way to Ohio and West Virginia drinking water via intentional dumping by DuPont into the water and the air. The verdict paves the way for future success of toxic drinking water claims against DuPont and Chemours.  Florida Super-Lawyer Extraordinaire, named one of the Best Lawyers in America, and one of the very few living attorneys inducted into the National Trial Lawyers Hall of Fame, Michael Papantonio of Levin Papantonio Thomas Mitchell Rafferty & Proctor secured the verdict.

Fact: This was the first DuPont toxic water lawsuit to go to trial.

Fact: This was a partial victory for DuPont and Chemours as the jury found that no absolute malice occurred and as a result awarded no punitive damages.  But the plaintiff produced seemingly persuasive evidence showing that DuPont knew of the dangers and disregarded them, an issue which will certainly be raised again in future trials.

Fact: This wasn’t a “close case”. The jury took just two hours to find DuPont and Chemours were negligent and had inflicted emotional distress.

The Washington state Court of Appeals recently upheld a verdict awarded to the family of Edwin Estenson. Estenson, a Caterpillar Inc. employee for thirteen years, died in 2012 from asbestos mesothelioma. In April, 2013, a Washington state jury found Caterpillar liable for product liability and for providing inadequate warnings, awarding $4.5 million in damages. More than two years later, the Court of Appeals has affirmed the verdict.

Mr. Estenson claimed that working on and around products which contained asbestos led to his fatal illness. In a videotaped deposition, he pointed to an asbestos-containing gasket which disintegrated while he worked on repairing a Caterpillar bulldozer. Caterpillar acknowledged at trial that its products, including engine gaskets, contained asbestos. Estenson’s attorney is Top Rated Lawyer J. Kirkland (“Kirk”) Sammons of the renowned in Houston, Texas. 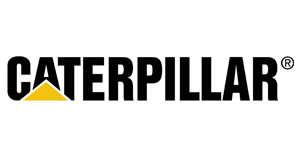 Fact: Caterpillar’s appeal turned on whether Mr. Estenson provided sufficient evidence proving that he was exposed to airborne particles from products manufactured by Caterpillar, and whether he had shown a causal link between his fatal asbestos mesothelioma and his job at Caterpillar.

Fact: The court of appeals rejected Caterpillar’s contention that an asbestos plaintiff in the state of Washington must prove a causal link.  “Instead, Estenson must show ‘exposure’ to an asbestos-containing product manufactured, sold or supplied by Caterpillar.”

The case is Betty Estenson v. Caterpillar Inc. et al., Case No. 71429-5-I, in the Court of Appeals of the state of Washington.

Both of these cases set precedent for the level of and type of proof which products liability attorneys need to show in order to succeed on products liability claims in water contamination and mesothelioma asbestos lawsuits. LawCash finds encouragement in these personal injury results and the courts’ handling of the burden of proof on lawsuit plaintiffs.  It is unfortunate that the way our system unfolds forces plaintiffs to wait a long time to secure any recovery or justice, and even longer to receive payment even after settlement or verdict, for a corporate wrong which led to an employee’s death. Results such as these may cause the companies to pursue a settlement plan for these personal injury lawsuits rather than litigating, and losing, one by one.