The Supreme Court has refused to hear Philip Morris’s appeal of a $25 million punitive damages award arising from the death of Oregon smoker, Michelle Schwarz. In 2012, a Portland jury awarded $25 million in punitive damages to Schwarz’s family, calling Philip Morris’s behavior “extreme reprehensibility.” On appeal, in 2015, the Oregon state appellate court upheld the verdict and analogized the role of Philip Morris in making and marketing its cigarettes to the crime of manslaughter.

Schwarz began to smoke in 1964 when she was 18. Twelve years later, she switched to Merit, Philip Morris’s low-tar brand. She changed cigarettes because she was concerned that smoking might harm her. Schwarz still smoked a pack a day, believing the low-tar options were safer, as Philip Morris claimed they were. They weren’t. Schwarz later developed lung cancer, which metastasized into her brain. She died at 51, in 1999. 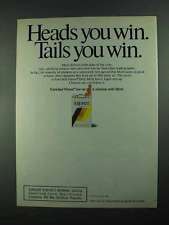 In affirming the punitive damages verdict, the appellate court found Philip Morris’s conduct “a continuation of its decades-long scheme to defraud (Schwarz) and others and keep them smoking cigarettes, although it knew of the health consequences. In order to give smokers a psychological crutch, it misrepresented the nature of its low-tar cigarettes, conveying the message that they were safer and healthier than regular cigarettes when, in fact, they were not.”

This case has a long and tortuous history. Originally filed in 2000, a year after Schwarz’s death, it has taken more than a decade and a half to reach resolution. Considering the resources of Philip Morris,and the amount of money it must have cost them to litigate the case this vigorously, this long, the company must feel something more important than money is at stake. Certainly the Oregon courts found a misrepresentation about the safety of the cigarettes deliberate, longstanding, morally culpable, damaging, and analogous to the serious crime of manslaughter.

The Supreme Court’s decision to let the ruling stand and refusal to grant certiorari provides precedence and damning dicta for other similar individual suits alleging that Philip Morris intentionally defrauded the public and its consumers over decades, leading to injuries and death, for which state courts across the country may hold them liable.

This is a rare case in which tobacco trial attorneys’ effort on behalf of an individual plaintiff leads to actual collection on a verdict against Philip Morris and other tobacco companies. It came about as a result of collaboration between trial attorneys who realized they had to pool their resources in order to succeed. For once, the tactics of tobacco company delay have not succeeded in the long run, although up to this point Philip Morris has not paid a penny to the Schwarz family.