In a fascinating Op-Ed on the Opinions Pages of the New York Times today, Joe Nocera contrasts the recent results in two high-profile products liability lawsuits.  In both cases, defective products led to injury and deaths of the public, consumers who bought the companies’ products. One lawsuit involved the deaths of nine consumers. The other resulted from a product whose defect resulted in at least 124 deaths, 275 injuries compensated by the company by payments of millions of dollars, and injuries which will cause at least twenty victims, including a young boy, to spend the rest of their lives in 24-hour care, according to Nocera.

Strikingly, the fates of the two companies and their CEO’s diverged drastically, and not the way one would expect. One company closed, and its CEO, Stewart Parnell, will spend 28 years in prison.

The other case reached a settlement which included a $900 million fine and a deferral of three-years before anybody might be prosecuted.  Not a single employee of the company who wreaked so much damage on the public was even indicted, let alone sent to jail.  In fact, CNN reports, the Justice Department will place GM on probation for three years and if GM continues to cooperate, nobody will be prosecuted. This would include Dan Akerson, the CEO who presided over GM until 2014, and retired shortly before the recall of the ignition switches occurred. 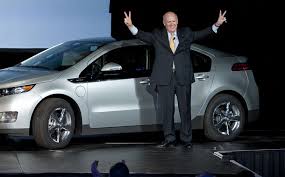 Nocera questions why the CEO of a $30 million company received a lengthy jail term when his company’s peanut plant distributed peanuts that caused an outbreak of salmonella that led to the deaths of nine consumers, while the other company over a period of years sold goods to the public that caused almost 1800% more deaths.  The peanut company is now out of business, and the other company, General Motors, the manufacturer of automobiles with a faulty ignition switch which also caused air bags not to function, continues on. The answer, he says, lies in the disparate treatment under the law of food safety protections, and automobiles; automobile manufacturers who send dangerous products out to the public cannot be indicted. There is no criminal penalty for endangering the public on the roads. For some reason, and Nocera speculates that the reason is the automobile industry lobby, auto safety laws punish corporate malfeasance generally, rather than individual malfeasance.

Nocera discusses the different approaches taken by the lawyers in the two cases as well, suggesting that traditional fraud theory might be a way to proceed going forward: “the focus was on whether [the peanut company] committed fraud by knowingly introducing tainted peanut butter paste into interstate commerce.”  Experts cited by Nocera believe the same tactic could have led to a different result in the GM case.  Under this theory, GM knowingly sold a “defective car”, despite the fact that they said nothing to the government about the faulty ignition, which they knew about, and were required to inform the government about the safety issue within five days (not five years, and not never) of learning of the issue.

A substantial number of injured plaintiffs who come to LawCash have been hurt in motor vehicle accident lawsuits, whether from the fault or negligence of the operator or defects in the product or road maintenance and construction. Within seconds, through no fault of the victim, people’s lives are changed, worsened, or ended.  Through litigation funding, we’ve helped auto accident victims to pay their bills, finance surgeries, pay for medical care, child care, school, mortgages, Christmas presents, and anything anybody might need money for while they try to collect compensation for the injuries done to them. Given how much damage automobiles can do and are doing even in the time it takes to read this blog, we hope that the courts and the legislature soon provide a better means of deterring accidents that could otherwise be avoided.