On September 30, 2015, the Zadroga Act expired, amidst strangely little attention outside of New York. James Zadroga, a NYPD officer, died in 2006 from a respiratory disease resulting from 450 hours of service performed in rescue and recovery operations at Ground Zero after 9/11. Zadroga was the first police officer on record as dying from the exposure to toxic chemicals and dust at the World Trade Center site, but he was far from the last.

In 2011, the federal government approved the Zadroga Act, named after James Zadroga, and also known as the World Trade Center Health Program. The Zadroga Act monitors and provides care and financial aid to sick 9/11 rescue workers and victims, but only until October 2016 at the latest, a year from now.  Care, monitoring, and aid well end even sooner, if the funding runs out before October 2016. Comedian Jon Stewart, the former star of the Daily Show, was instrumental in getting the law passed. He devoted the entire last show of 2010 on the issue, including interviews with four 9/11 first responders. The next year, James Zadroga 9/11 Health and Compensation Act created the $4.2 billion World Trade Center Health Program to provide testing, monitoring, aid, and treatment for response and recovery workers and other survivors of the attack.

Since 2001, many workers and victims from the Ground Zero site have become sick, with cancer and other debilitating and fatal illnesses, including Marcy Borders, the famous “Dust Lady”, who developed stomach cancer and died after inhaling dust at the scene. 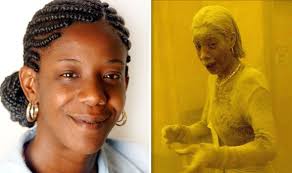 The illnesses do not always appear immediately, and can take a long time to manifest themselves or do their damage. This time gap poses an enormous problem for those who become ill or diagnosed after the Zadroga Act expires, or who are already ill and receiving care and aid and who will continue to need care and aid.

Jon Stewart again sought to publicize the issue and prevent the expiration of the Zadroga Act, lobbying Congress in September, 2015, this time with no success. 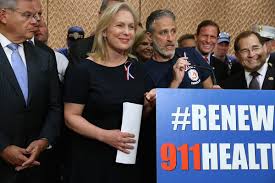 The failure to continue the Act’s coverage is especially troubling given the latency period between the time of exposure and when illnesses present themselves. In addition, the number of types of illnesses and conditions attributed to 9/11 keep growing and tens of thousands of individuals are already suffering.

What does this mean for 9/11 victims and rescue workers? The conditions set forth by the Victims Compensation Fund (VCF) stipulate that anyone making a Zadroga Act claim MUST submit the claim by October 3, 2016, and in some cases sooner, depending on the condition and when it was first diagnosed. It is unclear how long the funds will last to compensate and treat 9/11 rescuers, responders, and victims. Therefore, anybody injured or harmed in the attacks or aftermath on 9/11 should visit the VCF website as soon as possible to learn the conditions for recovery, and to submit a claim if eligible.

LawCash is a national legal funding company with headquarters just over the Brooklyn Bridge in Brooklyn, New York, a short subway ride away from Ground Zero. LawCash has witnessed first-hand the devastation, injury, and death caused by the aftermath of 9/11, and the dark cloud of dust that could be seen from LawCash windows long after the attacks. We have provided settlement funding and legal funding advances to many injured workers and victims seeking money and treatment under Zadroga Act claims, often when claims have been approved and awards delayed. Along with all proud New Yorkers, LawCash honors the heroes of the 9/11 tragedy.  We hope that the rest of the country will take action, along with Jon Stewart and Citizens for the Extension of the James Zadroga Act, and clamor for the extension or permanency of the Zadroga Act.